Is it time we all took VPN seriously? 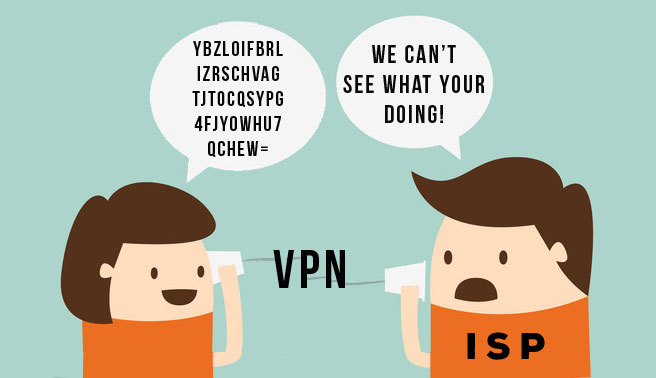 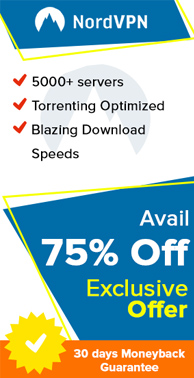 A lot has been going on over the last year or so regarding new laws that make the UK look like its being run by a dictatorship rather than a democracy.     It’s certainly the case now that our communications are being monitored regardless of any wrong doing, your telephone calls, your browsing history the lot.

There’s the argument that “hey I’ve got nothing to hide, won’t affect me..” which to be honest would be my first take on all this, but looking into it a bit more opens up a whole world of hurt,  for instance we all know the famous quote from a Little Britain “computer says no..” well that will have a lot more meaning over the coming years when everything about you is run through an algorithm and the government then holds a concise profile of you.

Already the likes of Google and Facebook have massive amounts of data on you, data they sell on to companies or used to send targeted ads to your screen,   after all they have to make some money somehow and remember these services are “free” but free at the expense of your privacy.

This brings me to the world of VPN’s, these have been around for many years and were aimed at securing communications from remote computers to larger networks, usually found in businesses that allow sales people or remote workers access to the same information as if they were physically located in the office.

The difference is VPN’s have an added security layer that encrypts the data being sent, this simply does not happen on the internet unless you switch to https: (SSL) when visiting a site but general surfing etc is pretty much wide open.  Now again not a problem, if there’s nothing to hide, but we should be wary about what we allow others to collect on you, in most cases its just too late, everyone with a Facebook account already has a in-depth profile available for scrutiny, some of it you see on your profile page, DOB, where you live your favourite films etc but under the hood there is  a lot more information attributed to you, things some people think is too much.  We go into this more in future posts.

The reason for this post is to highlight other things going on at the moment,  we are focusing on ISP’s  like BT or Virgin or Sky whom for many years have been logging your internet usage and this has been in the news lately centred around the use of KODI software.   KODI is a nice bit of software that started its life as a piece of software that resided on Microsoft Xbox platform (XBMC) in a nutshell it allowed the Xbox to check the internal network  at home to play media files such as MP3’s, Videos etc through your TV.

The sofware was pretty much the precursor to how Xbox One now operates not only giving you access to Microsoft’s gaming network but also allowing you to stream TV, Movies etc from Microsoft or any of their endorsed 3rd party plugins such as BBC iPlayer.    Kodi did not stop when the Xbox One showed up, the software is still evolving and can now be downloaded for many platforms, Android, Linus, Mac OS and Windows, the software is  open source and  users can add to the Kodi software by way of additional plugins and this is where things have got the powers that be upset.

In 2014 Amazon released their FireStick, a great bit kit that allows customers to plug the Fire Stick into the back of their TV and access Amazon stream services including everything from TV, Film and Music as well as making one very important option available “Developer Mode”.   Now Amazon have pretty much cornered the market at the moment with their Fire Stick system, not all TV and Video is free, to get access you also need an Amazon Prime account which gets you next day deliveries on Amazon marketplace goods as well as access to their ever growing list of pretty darn good TV shows, you can jump on BBC iPlayer etc and a handful of other on-demand streaming outlets.

Now opening “Developer Mode” on the Fire Stick allows developers to play with the software residing on these little computers and it wasn’t too long before someone opened up a port and installed Kodi on it, this then lead to a revelation,   Kodi has a massive amount of plugins that extend its base services, so with a little bit of know how you can easily get access to content that back in the day you would have had to download from Torrent sites or other sites that stored ripped copies of Film, TV, Music and Software.

The Fire Stick  is only one of a many devices that bridges the gap between TV and network stored media and Kodi has been used  to bridge the gap between an easy to use interface and thousands of sources of media found on the internet.   What’s it all mean, well simply any TV program and never ending supply of Movies and Music is available to the user for free by way of a simple  peer to peer exchange of data, P2P plugins offer lists of servers that host these files be them TV programs, Latest movies etc and you simply choose a link and hey presto the video is streamed to your device..

Over the last few weeks rumours have been circulating that use of the Fire Stick and Kodi is being actively pursued by ISP’s whom are looking to stamp out this sort of use of their networks.  Now there is  a lot of legal issues that are going to be hashed out over the coming months and while ISP’s do have this information  they are now apparently sending out letters to those who use these systems on their home broadband.   Now this is where we come full circle and come back to the topic of VPN’s.

Technology keeps changing,  but entertainment outlets, movie studios etc seem to want to reside in the stone age..   so there is a large gap between what people want to see and what people cannot see  due to geographical restrictions, Netflix for instance in the UK you get access to a lot of content, but with a bit of skill you can access the US version of Netflix with a stupid amount of content available to you.   I’m not all about leaching content for free,  I would be happy to pay to watch my favourite TV episodes, unfortunately until all content is easily stream-able and available people will always archive media and allow access via these P2P systems.

The use of a VPN for home use is something that a lot of people are jumping on at the moment, setup correctly the VPN masks all your internet traffic so no one else can detect what you are doing.

Reason is your connection  and its data is routed through VPN servers so both incoming and outgoing data  is encrypted before its gets to your ISP, so any request from your computer is encrypted at source before it goes through your ISP, so to your ISP its just a collection of characters, however once it reaches your VPN server its decoded and sent on its merry way, and on its way back its encrypted again and sent back through your ISP to your system where its converted back to normalized data and sent to your browser or devices.

This means your ISP cannot log your usage, it cannot detect what sites your visiting and your privacy is safe once again.   This does come at a cost, but you would be looking at under £6 a month for a VPN service that protects your right to privacy, a small price to pay, but time will tell and I’m sure public VPN’s will be discussed more and more over the coming years by government agencies.

These VPN’s are not going away anytime soon and yes they can be and are used for illegal activities..   but there are still reasons for people to adopt VPN’s  as what you do in the privacy of your own home should be private,   and while governments do not have a great track record at putting individuals first  handing over data to them for an algorithm to make decisions about you based your internet usage is something that will become more and more evident when more and more government agencies begin to respond with those simple few words “computer says no”  be it a simple application for credit or in  extreme cases a used as a backup for refusal for broadband services from an ISP.

I’m ready to help you. You just type details below, and/or send me a file.